"TITLE 13 blends a hilariously absurd world of white-collar bureaucracy with the intense emotional realities of loss and longing. At the heart of this energetic novel and its darkly painted Chicago skyline is the throb of addiction. Ferro bravely puts his finger on that pulse and never shies away from its pain, from the lies we tell ourselves so that we can keep reaching toward a distorted sense of normalcy."

​“Ferro has given us an insightful, tightly-crafted, and wickedly cutting novel that forces us all to think about the things we don’t want to think about. But it’s just such a funny story, too. The only times I stopped laughing were to panic and cry a little.”

​"Affecting and inventively funny... Ferro’s work is an eclectic mélange."

​“Michael A. Ferro's debut novel TITLE 13 is a stunning portrait of a man—Heald— trying to keep his personal and professional lives from unraveling. Like the Midwest city streets about which he writes, Ferro's novel is tenacious, poignant, humorous, and always unpredictable. Sometimes fast-paced, other times deeply meditative, TITLE 13 is a timely literary thriller.”

—Keith Lesmeister, author of We Could’ve Been Happy Here

Named a "Most Anticipated Small Press Book of 2018!" by BIG OTHER

Read an Excerpt of TITLE 13 at Entropy Magazine

“In the giddy, hilarious TITLE 13, Michael A. Ferro serves as an after-hours tour guide to the monkeyhouse, uncannily adept at finding the places where absurdity lurks like some recalcitrant mold in the corners and corridors of contemporary life. He nails so much here—our paranoia, our obsessions, modern Chicago, the conspiracy-heavy air we seem compelled to breathe in 2018—but also the vestiges of what can feel like our last stands for privacy, inwardness, humanity.”

"Michael A. Ferro writes about alcoholism in a way that mimics the disease. Sometimes funny, sometimes sad, TITLE 13 is always a revelation: of our fears and anxieties, and the madness in which we might all get caught up if only a little something goes missing. Don't misplace this impressive debut."

“TITLE 13 proves that even when society fractures, meaning can be drawn from the chaos. Michael A. Ferro writes with heart, tenderness, and wit. An impressive debut!”

—Davy Rothbart, creator of FOUND Magazine, contributor to NPR's This American Life, and  author of My Heart Is an Idiot

“TITLE 13 is a dive into a depraved and yet likeable mind more than it is a mystery. While the missing documents are always a looming concern, the novel is more a depiction of a troubled mind than a troubled governmental agency. We follow Heald through the city of Chicago and to his home in Detroit, painting a picture of a slow-moving, Midwestern region mostly devoid of the technological annoyances that dog us today. The story is not a thriller in which there is a prominent and clean conclusion; it is more satisfying than that. Instead, we follow a government employee who doesn’t trust the agency and yet more importantly, doesn’t trust himself….

​I would especially recommend TITLE 13 to those who enjoy a tormented narrator.”

“TITLE 13’s entertaining twists had me madly turning pages just to keep up. In his main character, Heald, Michael A. Ferro has drawn an alcoholic’s sneaky maneuverings and uneasy visions with enormous sympathy and refreshingly unironic humor. Heald’s quest to separate reality from imagination wraps him in a half-comic, half-tragic haze that challenges everything he thinks he knows, from his absurdly opaque workplace to the streets of Chicago to the familiar places Heald can never again call home. The novel’s break-out star is the Windy City. From a character whose medical condition causes him to superimpose faces on buildings to Heald’s unsteady view of his beloved city, no one in TITLE 13 lives in the same Chicago. Like Heald himself, TITLE 13 is both idealistic and despairing about the impossibility of reason and shared experience in a world where chaos is a strategy and secrecy a principle.”

"TITLE 13 is a darkly comic story for our time, a mélange of 'Barton Fink,' 'Office Space,' and Kafka, a novel that examines our alienation from one another and increasingly, our own country. Michael A. Ferro is a young writer on the rise."

​—Nickolas Butler, author of Shotgun Lovesongs, Beneath the Bonfire, and The Hearts of Men

Signed Copies Available on Shelf & for Order at: 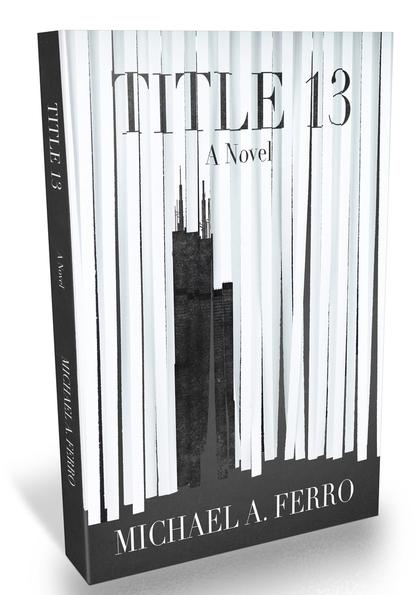 "Picture some Kafkaesque bureaucratic fever dream set in quasi-contemporary Chicago and suburban Detroit. Then go drunkenly in search of something like love and something vaguely akin to those 28 conspiracy-inducing pages withheld from the original 9/11 Commission Report. Chase all this with a killer hangover worthy of Richard Yates and you'll get a sense of Michael A. Ferro’s vivid and yearning debut novel, TITLE 13. But rest unassured. Any revelations you encounter — authoritatively written, funny as hell, wonderfully worthwhile — will be sadly, and suitably, short-lived. By turns earnest and ironic, also paranoiac, alcoholic, and elegiac, TITLE 13 is a critical excerpt pulled straight from the ailing heart of Middle America."
​
— Jay Baron Nicorvo, author of The Standard Grand 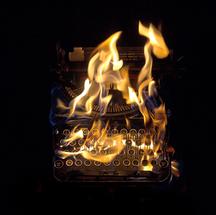 Named as a "Best Book of 2018" by the Emerging Writers Network!

by Michael A. Ferro

See the giveaway details at Goodreads.

"TITLE 13's protagonist finds himself in some very dark places; partly due to vodka, and also because of the Orwellian nature of his job working for the government. And things do indeed get a little 1984-ish..."
—Stateside, Michigan Radio NPR 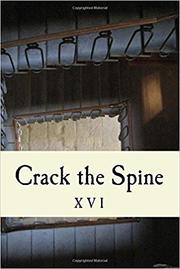 ​"Michael A. Ferro’s grand first novel churns fiction with a striking realism, and in his doing so, Ferro has successfully brought the Midwest back onto the literary map."

“TITLE 13 somehow manages to thread together the delicate themes of darkness and humor, no easy task, to create a novel that I did not want to end. A perfect book for this not-so-perfect age.”

"The definitive exploration of an undefined mystery. Like Kafka, without the optimism and maudlin sentimentality."
​
​—Evan Mandery, author of First Contact and Q: A Novel 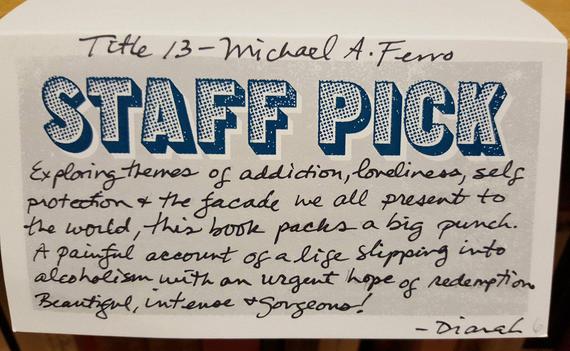 "Rich in dialogue and description with a delicate balance of foreboding and satirical humor, TITLE 13 serves to caution all of us in the trust of our hearts, our memories, and the supposed security guaranteed by government and technology in the hands of fallible citizens."
​
​—The Coil Book Review

“The absurd excess of the modern security state is on full display in Heald Brown’s anxious, pummeled persona. TITLE 13 is a meticulous portrait of an illaudable bureaucrat that calls to mind the quixotic wit of Lethem and the comically punished protagonists of Stanley Elkin. A fun, impressive debut . . . Michael A. Ferro is a writer to watch.”

"A wonderful experience and a terribly compelling character study... sometimes fun, sometimes dark, and always knowledgeable about Chicago and about people. For a first-time novelist, (Ferro is) very knowing about the emotional territory of life. A very, very ambitious book." 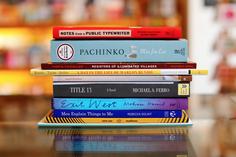 "With fierce wit and precision, Ferro paints a riveting portrait of a mind unraveling—ravaged by addiction, and rattled by the paranoia lodged in the beating heart of our government and seeping out into society. The gripping mystery driving TITLE 13, and the deeply troubled yet often hilarious psychology of the novel’s protagonist, are mesmerizing and brilliantly rendered. Ferro is a writer in possession of rare and unique talent—wise, agile, and bold."

—Emma Smith-Stevens, author of The Australian 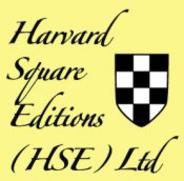 A timely investigation into the heart of a despotic faction within the government, TITLE 13 deftly blends satirical comedy aimed at the hot-button issues of modern culture with the gut-wrenching reality of an intensely personal descent into addiction.

Heald Brown might be responsible for the loss of highly classified TITLE 13 government documents—and may have hopelessly lost himself as well. Since leaving his home in Detroit for Chicago during the recession, Heald teeters anxiously between despondency and bombastic sarcasm, striving to understand a country gone mad while clinging to his quixotic roots.

Trying to deny the frightening course of his alcoholism, Heald struggles with his mounting paranoia, and his relationships with his concerned family and dying grandmother, all while juggling a budding office romance at the US government’s Chicago Regional Census Center. Heald’s reality soon digresses into farcical absurdity, fevered isolation, and arcane psychological revelation, hilarious though redoubtable in nature. Meanwhile the TITLE 13 secrets remain at large, haunting each character and tangling the interwoven threads of Heald’s life, as the real question looms: Is it the TITLE 13 information that Heald has lost, or his sanity? 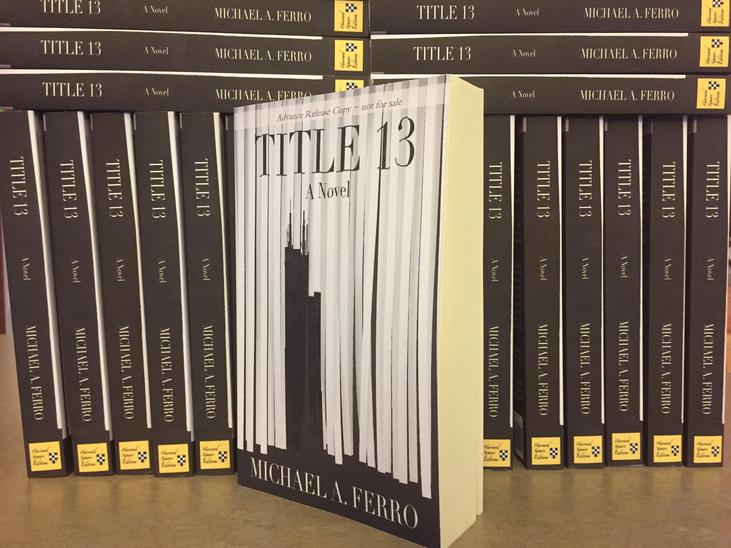 ​"Michael A. Ferro writes some funny dialogue. Dark as hell, but funny. He boldly took this novel in a direction I was not expecting at all and nailed it... (Ferro's) debut shows off his understanding of human nature and the situations we find ourselves in... There must be three or four unpublished novels in drawers and closets in Michael A. Ferro's house because TITLE 13 does not at all feel like a debut."

​"Ferro is a creative force to be reckoned with. TITLE 13 is a masterpiece of precision and vision, blended with a healthy dose of satire and wit. Echoes of Bradbury, Orwell and Huxley. As timely as it gets!"

"Exploring themes of addiction, loneliness, self-protection, and the facade we present to the world, TITLE 13 packs a much bigger punch than I originally expected. The best of authors would be hard-pressed to write such a painful account of a life slipping into alcoholism, but Ferro does a beautiful and wholly devastating job. Heald's story carries with it an urgent hope of redemption; it's intense, but Ferro will hold your hand to the end. Do not miss this gorgeous read. "

"If Joseph Heller had sat down to write And Then We Came To The End, he would've produced TITLE 13. Michael A. Ferro's prose is fluid, his insights are sharp, and his humor is redeeming. This book is a required read."

"TITLE 13: A Novel is frighteningly realistic and pairs an unexpectedly wry, ironic sense of humor with an observational piece about mental illness, government operations, and societal fragility. Given the current political climate in Washington and its serious implications, it's impossible for even the most concerned citizen not to find continuous insights, hilarious moments, and a resonating force within TITLE 13. Like a horrific accident, it draws spectators who might feel unwilling to observe, on one level; yet who are fascinated, on another.

It's this ability to draw that blend of concern, horror, and insight from his readers that keeps Michael A. Ferro's story the perfect example of a individual and political crash in the making, mirroring modern events from a delightfully fresh series of changing perspectives.

Readers who enjoy stories of political and individual blundering and irony should run, not walk, to TITLE 13: it's a hard-hitting story wrapped in a unique voice that makes it nearly impossible to put down."